Delivering Regeneration – does the scheme meet the well being test?

The use of CPOs is not an uncommon tool used by Public Sector bodies for delivering regeneration.  The success of a CPO hinges on whether there is a compelling case in the public interest for making and confirming an Order.

One of the most popular tools for Acquiring Authorities when promoting redevelopment and regeneration is Section 226 (1) of the Town and Country Planning Act 1990 (TCPA 1990).  However, the Acquiring Authority will only be granted powers if the scheme underpinning the CPO;

Under Section 226 it should be noted that the well-being of the Acquiring Authority’s area is not restricted to the area subject to the CPO, provided that it can be demonstrated the land within the CPO is essential to the successful implementation of the development.

Accordingly, we therefore look at the Selby Railway Station redevelopment proposal being promoted by Selby District Council (SDC) and North Yorkshire County Council (NYCC) and consider the foregoing well-being principles and whether these are met.

Selby is a popular commuter town with proximity to both York and Leeds. In addition, its popularity as a tourist destination, due to Selby Abbey, has led to a large amount of development and renovation in the Town and surrounding area.  The Railway Station is seen as a major gateway into the Town and the key to improving connections with a historic Town Centre and key strategic sites including Selby Abbey and Park to the West of the Station.

However, as commuters leave the Station there is no clear route into the Town Centre or through the Park.  The immediate surrounding area is predominantly industrial in nature, intermixed with surface car parks to the West, which it is argued creates conflict with pedestrians.  Furthermore, there is no commuter parking or access to the Station to the East and no disabled access to Platforms 2 and 3.

SDC are seeking to implement transformational improvements by enhancing the Station and its surrounding area.  In order to achieve this, are seeking to deliver: 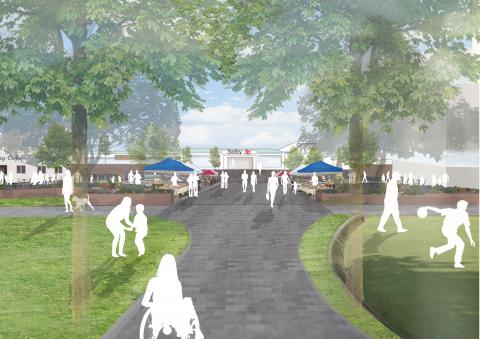 So, whilst the plans are ambitious, do they meet the well-being requirements as set out in Section 226?  As part of the consultation, Selby District Council argue that the scheme will:

Clearly the Gateway highlights strategic benefits, and the well-being requirements of Section 226, but it is likely that the scheme will not be delivered without the use of a CPO.  Compulsory purchase powers should only be used as a last resort to acquire the land required.  That said it is commonplace for CPOs to be made with light touch attempts at private treaty negotiations being made first by the Acquiring Authority, especially where there are a number of interests to be acquired. It is not until the CPO has been made that there is a focus on private treaty acquisitions.  Guidance recognises that private treaty negotiations can be lengthy.   However, it is acceptable to carry out such negotiations in parallel with the CPO process.

Accordingly, if you are a property owner and are affected by the proposed scheme, please feel free to contact a member of our dedicated CPO team to see how we can help you on: